One act performance on Jan. 23 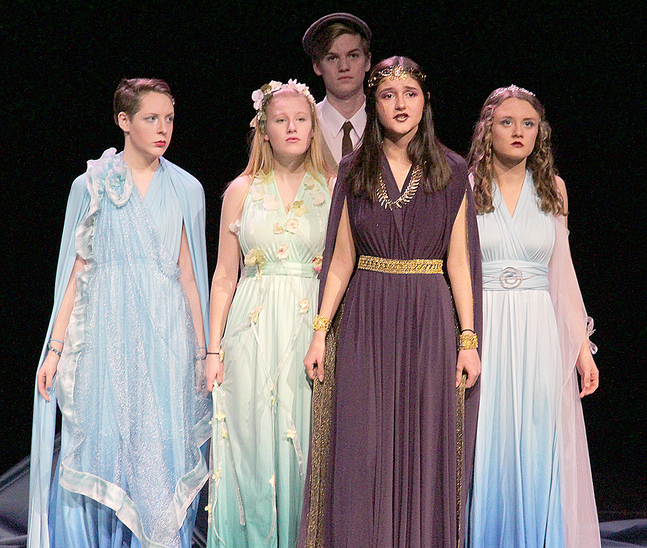 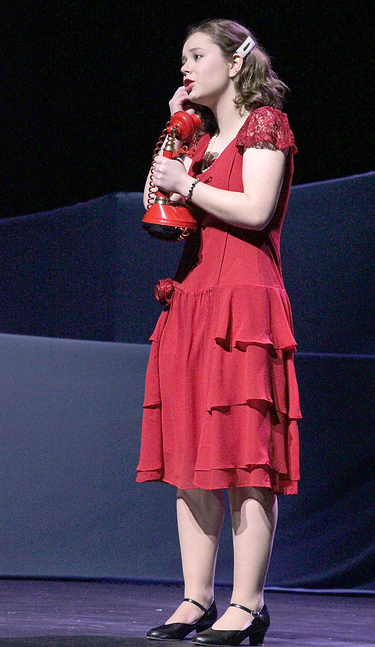 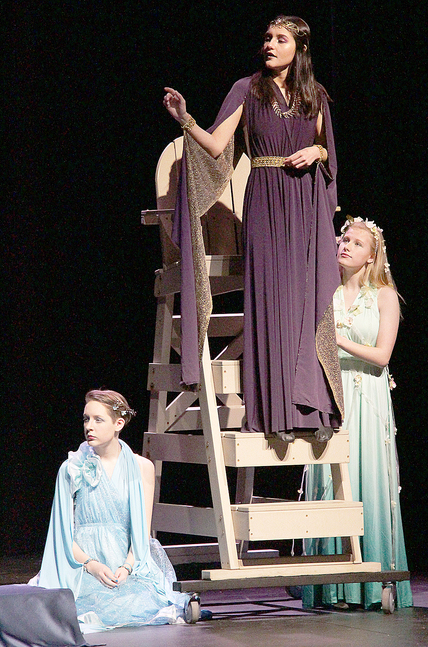 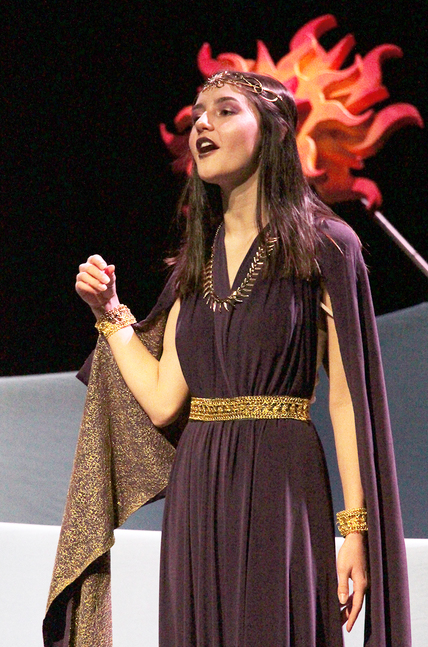 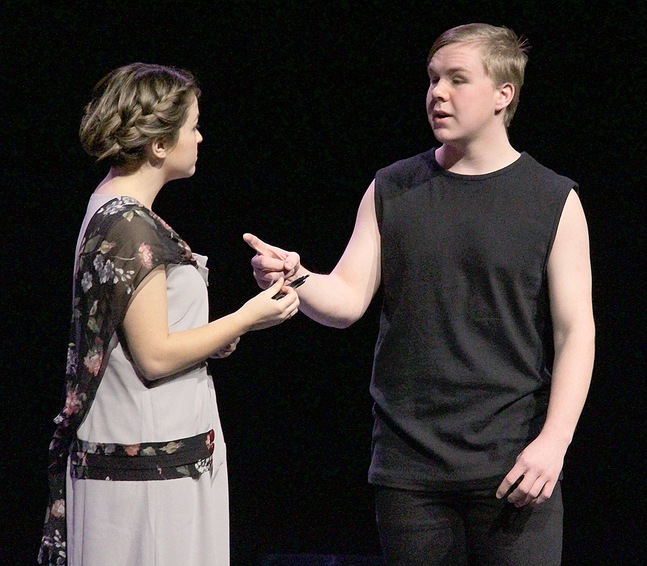 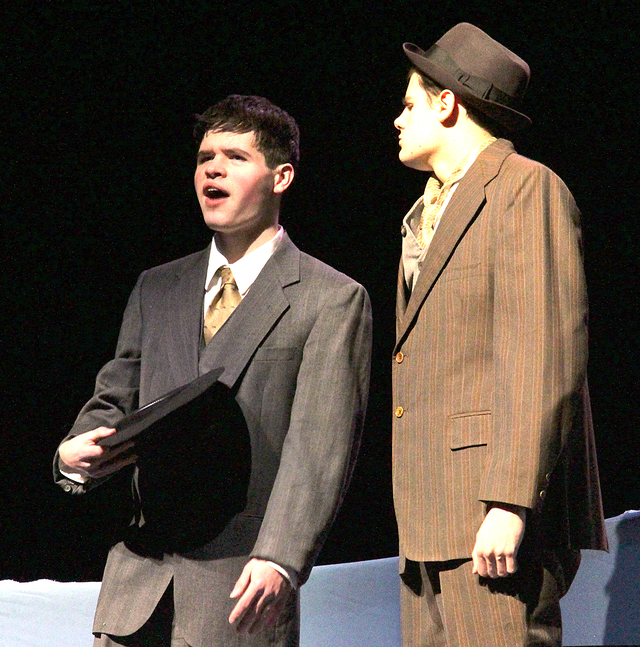 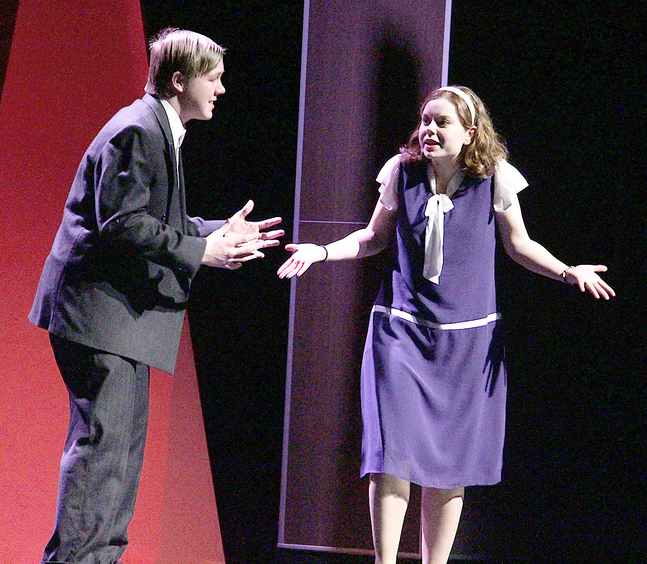 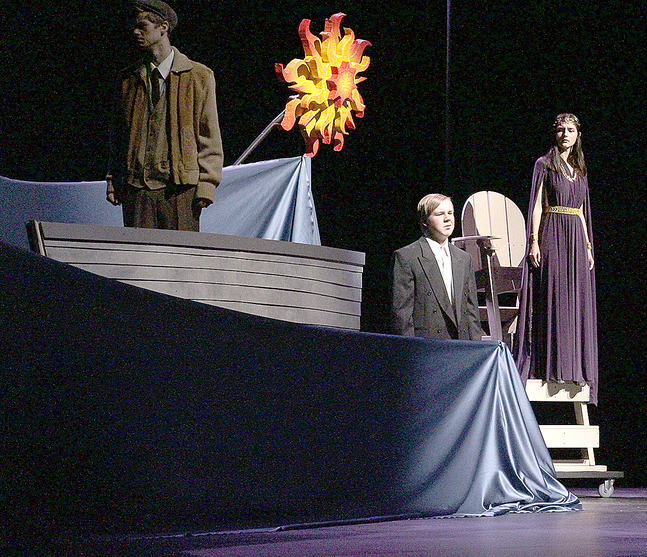 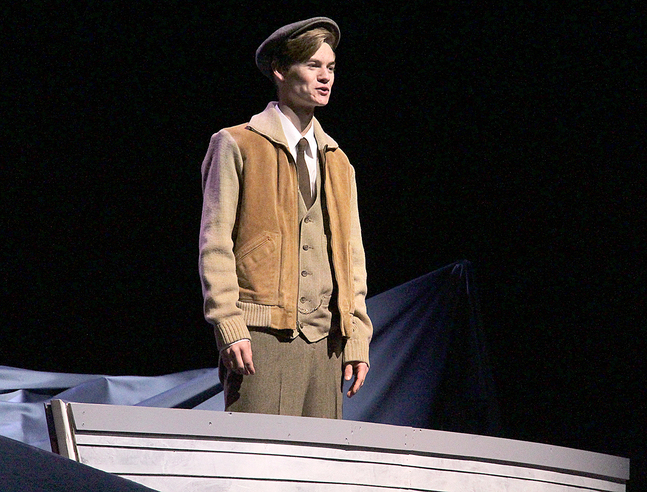 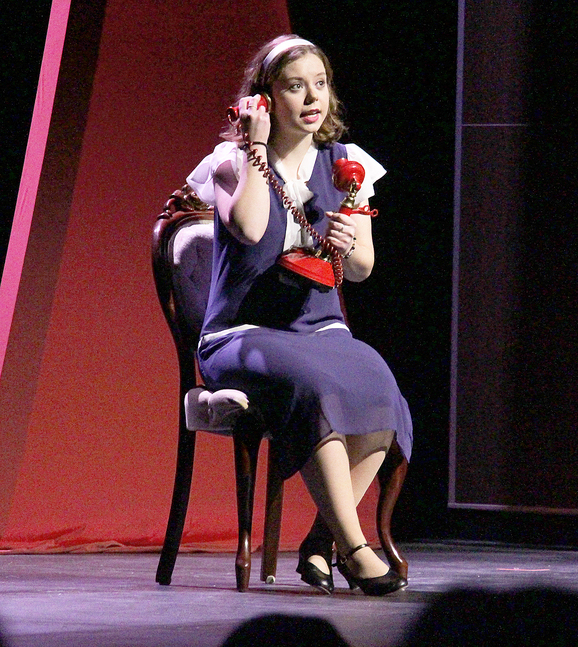 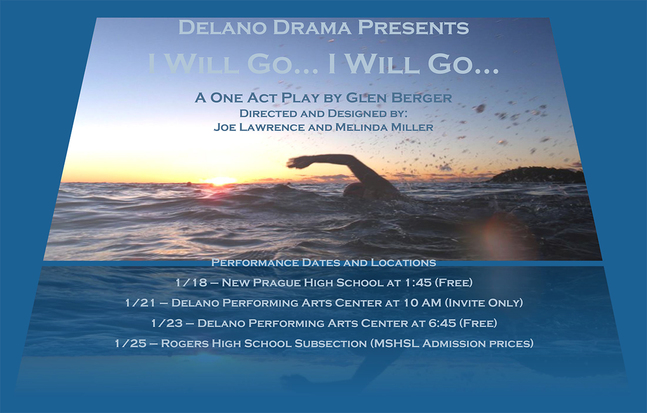 Delano High School presents a free public performance of “I Will Go... I Will Go...” at 6:45 p.m. on Thursday, Jan. 23, in the Performing Arts Center. The production is written by Glen Berger and directed by Joe Lawrence, assisted by Melinda Miller and Sydney Decker, with sets built and designed by Mike Stoudt.

The ensemble play tells the true story of H.F. Sullivan, the first American to swim the English Channel shortly after World War One. The story is narrated by a figure named Omni, played by Piper Eagle. The action takes place as Sullivan, played by John Lahlum, swims the channel. It also focuses on the memories of his former love Grace, played by Sophie Stevens. It is a dreamlike play that incorporates experimental drama, dance and vintage music from the era.