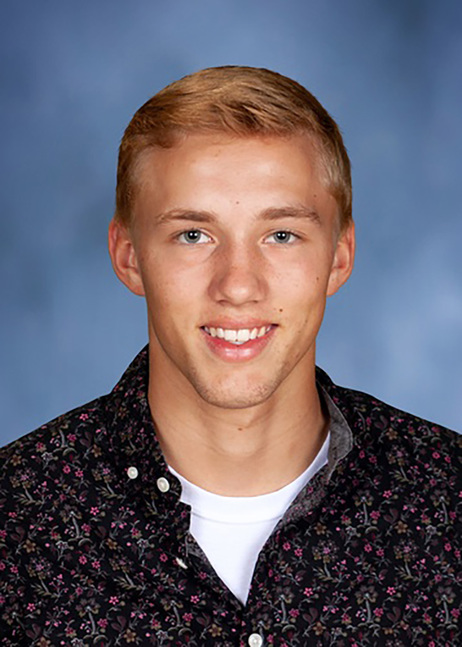 Tschudi has been named to the All-State Academic Wrestling Team organized by the Minnesota Wrestling Coaches Association. Only 28 wrestlers statewide, two from each weight class, are named to the team each year. And even among that elite company, Tschudi stands out. He is one of just four members of the all-state team to earn a perfect 4.0 grade point average.

“This award means a lot to our team and our program,” said DHS head wrestling coach Jeff Olson. “The epitome of excellence as a student-athlete is the pursuit of excellence in both the classroom and in the athletic arena. Carson has done both his entire career ‒ and this award is a result of those efforts.”

Wrestlers qualify for the team based on a mathematical formula that takes into account their cumulative grade point average, overall win-loss record, win percentage, state tournament participation and state tournament placement. Tschudi is a four-time state qualifier, placing fifth in 2018 and fourth in 2020.

“This honor means a lot,” said Tschudi, who wrestles at 145 pounds and also plays baseball at DHS. “I personally didn’t know I was in the running for achieving this label. I guess I’m proud of myself.”

Asked what his keys to success are in the classroom and on the mat, Tschudi said it boils down to maximizing the skills and abilities he has. A second component involves recognizing that teachers and coaches play a similar role in helping students become successful.

“A big key of mine is learning to love what you do, regardless of the intensity or complexity. That translates to both sports and the classroom,” Tschudi said. “Also, don’t do the bare minimum. It doesn’t benefit you. Seek discomfort.”

Tschudi added that standing out should be the natural result of consistent effort in homework and practice alike, and his coach said Tschudi exemplifies that standard.

“Carson has been a tremendous leader of our team ‒ not just this year, but throughout his career,” said Olson. “He has led with both his actions and his voice. He demonstrates a great work ethic, a ferocious competitive drive, and a commitment to doing the right thing and doing things the right way.”

Tschudi said his favorite class in school is math because of its straightforward nature.

“I enjoy the logic behind the subject, and most problems lead to one answer,” he said. “I enjoy that there’s a simple answer in complex problems. The subject applies a lot to life.”

In the fall Tschudi plans to attend St. John’s University and study finance. He has not yet committed to wrestling or playing baseball in college, but is considering the possibility of continuing his athletic career.