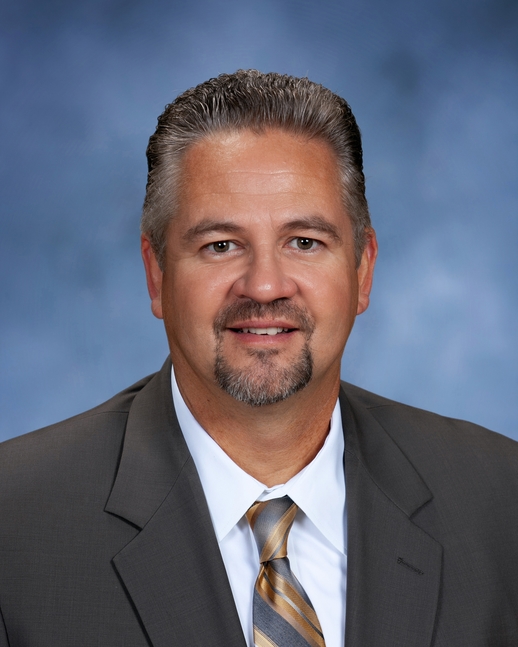 Less than a decade after taking the wheel as superintendent of Delano Public Schools, Matt Schoen has been recognized by his professional peers as a standout among school leaders.

Schoen received a Regional Administrator of Excellence Award earlier this year during the Minnesota Association of School Administrators (MASA) spring conference. There are nine MASA regions in Minnesota, and each region honored one superintendent with the annual award. Delano falls in Region 6, which encompasses a nine-county area from Wright and Stearns in the west to Pine and Otsego on Minnesota’s eastern border.

“Thank you. It means a lot,” Schoen told school board members during their Monday, April 26, meeting after board chair Lisa Seguin congratulated him on the honor. “This comes from your colleagues. We all know what the work is. … I was very humbled to receive the award.”

Prior to the meeting, Seguin said Schoen was particularly well-suited for the honor, which goes to superintendents who exemplify leadership, concern for students and active involvement in professional and community affairs.

“Matt is incredibly deserving of this award,” said Seguin. “He has an empowering, collaborative leadership style and is always quick to give credit to his team for our district’s many successes. He consistently challenges his staff to put students first, and is humble about asking for, and responding to, feedback from others. He’s always trying to do better, and he genuinely cares about people, which makes him an exceptional leader. Delano is lucky to have him!”

Other characteristics of those honored with the MASA award, according to a press release from the organization, include a willingness to take risks, strong communication skills, a history as a progressive change agent, and someone who sets high expectations both personally and for others.

“It’s a big accomplishment, and it’s well deserved,” said former Delano High School Principal and current St. James Superintendent Dr. Steve Heil. “Matt has always had a good vision for the future, where he wanted to take things, and overall how he preferred things to work. He’s a good systems guy. He puts processes in place to make the district function in a positive manner. It was a pleasure working for Matt during my eight years there.”

Another past Delano principal, Darren Schuler, agreed. Schuler now serves as the superintendent of the Watertown-Mayer school district.

“As a former elementary principal, I always appreciated that he allowed me to manage my building without micromanaging me as a leader,” Schuler said. “With that said, he was always there for a question or to support me in a difficult situation. His focus on the mission and vision of the district is always at the forefront of his decision-making process. As my superintendent mentor this year, his insight on current issues, and feedback whenever I have needed it, has been invaluable.”

Schoen was hired as the DHS principal in 2007. He transitioned to the superintendent’s role in 2012, emerging from a field of 32 applicants, after the retirement of Dr. John Sweet.