Second battle in the books 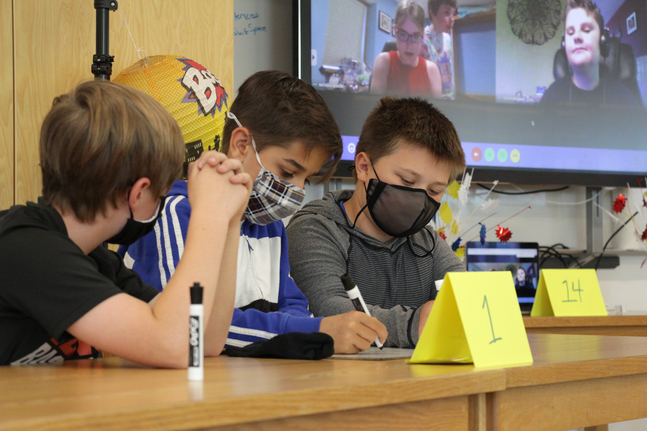 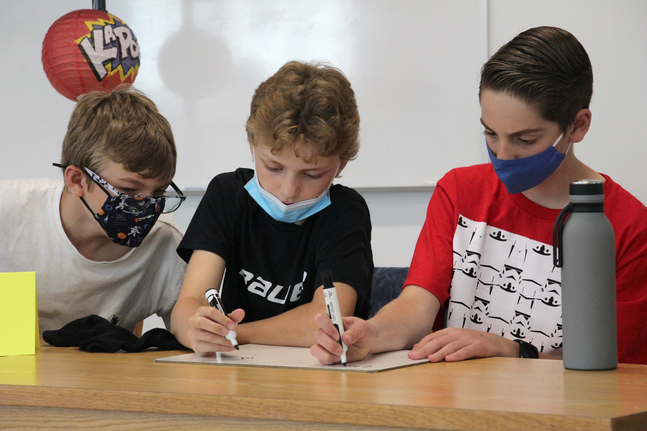 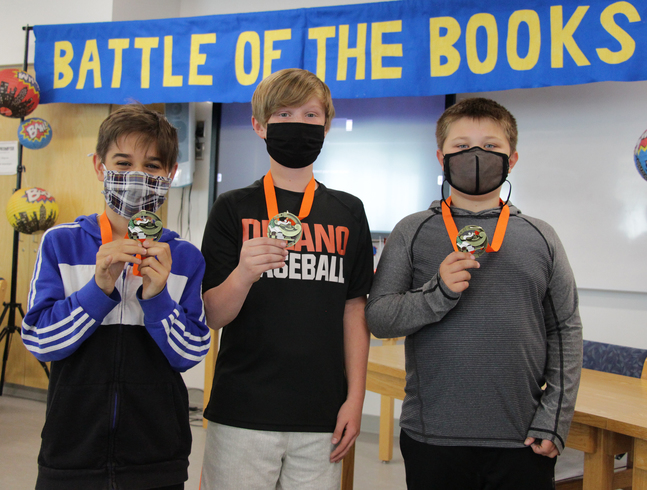 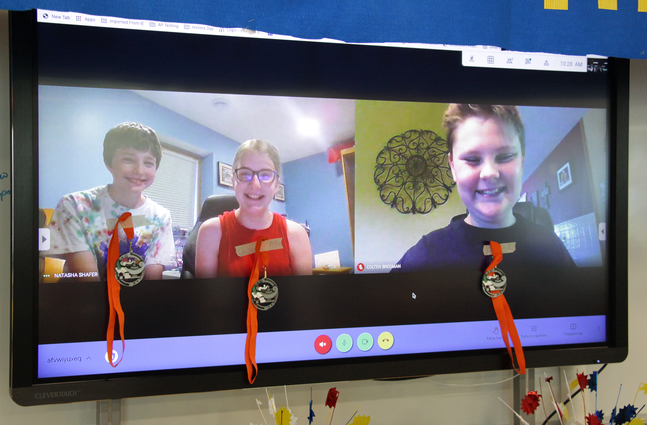 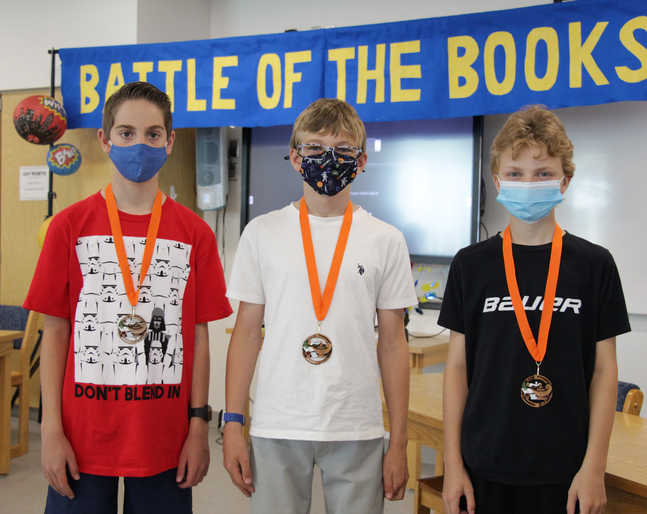 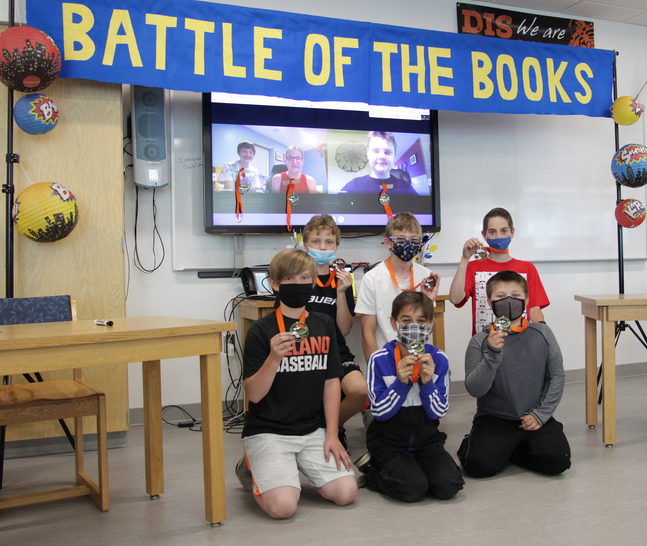 A combination of large participation numbers and COVID mitigation procedures led to two Battle of the Books rounds for Delano Intermediate School students this year.

The second round, consisting of 20 teams of students in grades 4-6, wrapped up on Tuesday, June 1, with a victory by the fifth-grade group of Thomas Depa, Rowan Johnson and Nathan Mullen.

“It was tense. I was very nervous,” said Johnson, who was participating in the competition for the first time, along with fellow rookie Mullen.

Depa, however, was no stranger to the pressure of the final rounds. In fact, he is in the midst of establishing a personal dynasty that includes victories over the past three years. Have any students in the past been part of three winning teams in a row?

“I have not heard of it in the history of Delano. This might be a new record for everybody,” said Gifted and Talented Coordinator Heidi O’Donnell, who manages the Battle of the Books competition.

With one more Battle of the Books competition remaining in Depa’s sixth-grade year, his current teammates already have plans to extend the record.

Spring challenge
The spring Battle of the Books round challenged students to read nine books, then answer questions testing their memory and comprehension. O’Donnell said the timing added an extra layer of adversity for participants beyond that experienced by those in the winter session.

“The spring makes it a little more challenging, especially with the nice weather we’ve had,” she said. “Plus, the end of the school year brings a lot of other activities for students in the classroom, so taking on the extra challenge of reading nine books that aren’t assigned probably adds a little difficulty for the students who are in it.”

Knowing the effort that is required to secure a win, Depa read all nine books. Then he read four of the books again.

Johnson read most of the books as well, and Mullen took a different approach by reading sections of several books, then relying on his knowledge of the themes and genre to answer questions correctly.

“I was on Thomas’ team, so I had to take it seriously,” Mullen said with a laugh.

The competition
The preliminary round was held Tuesday, May 25, and eight teams advanced to the semifinal round.

“The most intense part was the semifinals, because all the teams were good and only three got to advance,” said Mullen.

How did the team feel when they found out they had made it to the finals by tying for first in the semis?

“It was more nerve-wracking,” said Depa. “It doesn’t get easier.”

In the finals, the eventual champions relied on a late push to surge into the lead.

“We were not doing that good at the beginning, but then we just got a ton of questions right at the end,” said Johnson, adding that the suspense was his favorite part of the experience overall.

Best books
Johnson and Depa agreed that their favorite book was “Mrs. Frisby and the Rats of NIMH,” by Robert C. O’Brien.

“I don’t know why exactly, but I enjoyed the book,” said Depa.

“I liked it because it was unique and different, from the perspective of a mouse,” said Johnson.

Mullen said his favorite book was “My Side of the Mountain” by Jean Craighead George.

“It kind of reminded me of ‘Hatchet,’” he said.

While it was his first experience with the competition, Johnson said he appreciated the range of genres on the book list.

“That’s what I like about Battle of the Books. It gives me books I’ve never read before,” he said.

“They’re good books too,” said Mullen. “They go into more depth [than the average story].”

Other finalists
Fifth-graders Gavin and Natasha Shafer, along with teammate Colten Bredman, competed remotely, participating in the competition via Google Meet, and took second place.

“We did have a few teams with a distance member, so they had a computer with their member on with them, but to have a full team was really unique,” said O’Donnell, adding that the virtual element improved access to the event for some. “That allowed for more spectators who couldn’t get there. So there have been a few positives from all of this.”