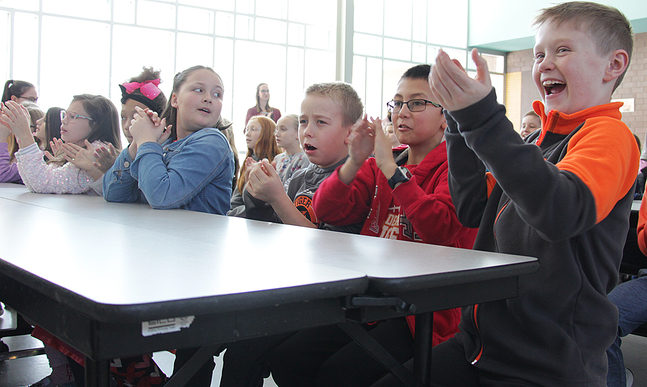 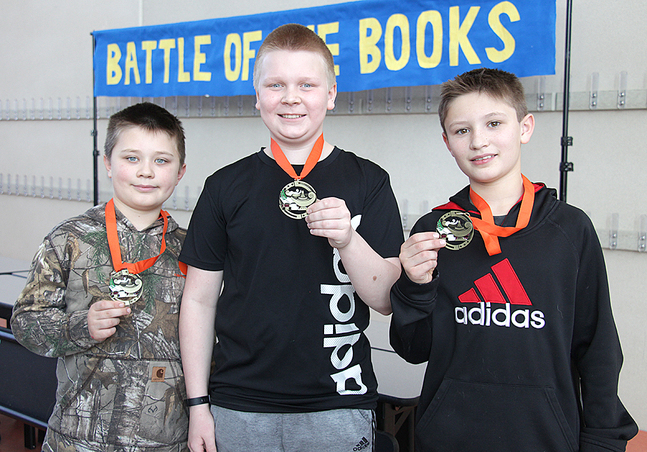 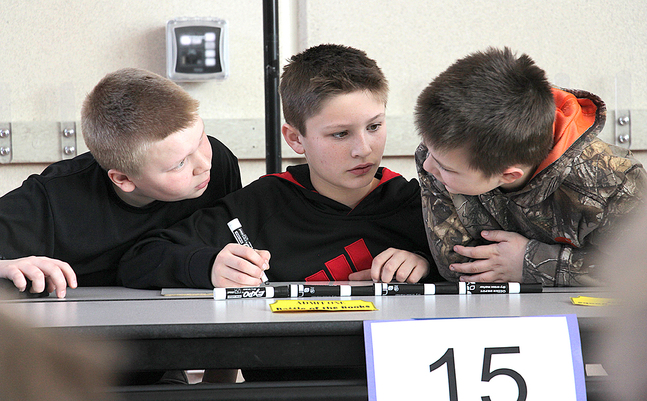 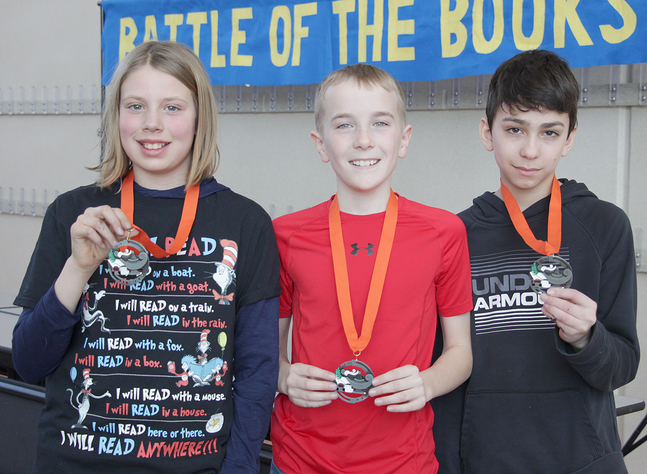 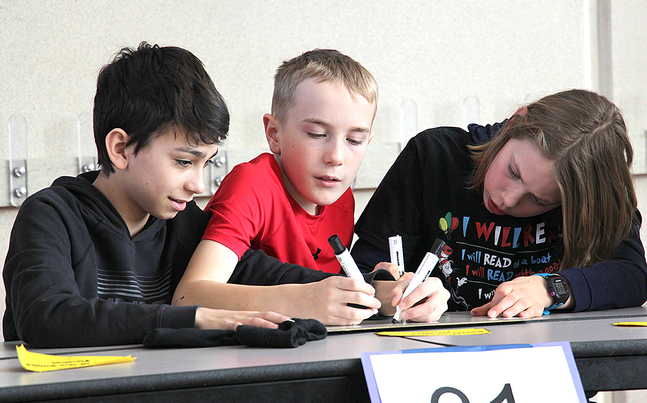 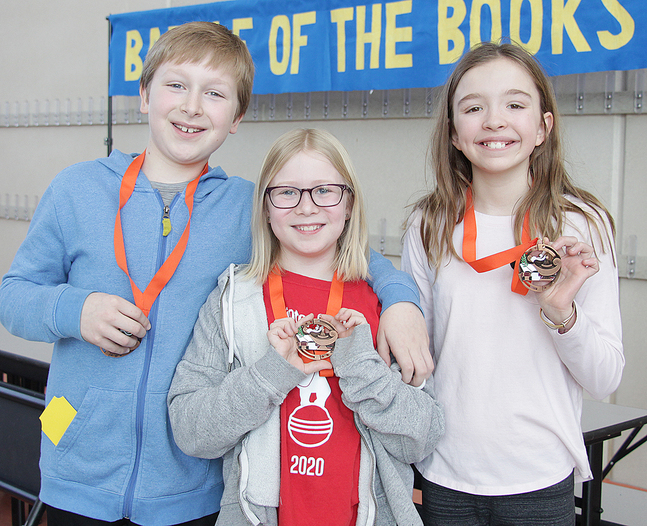 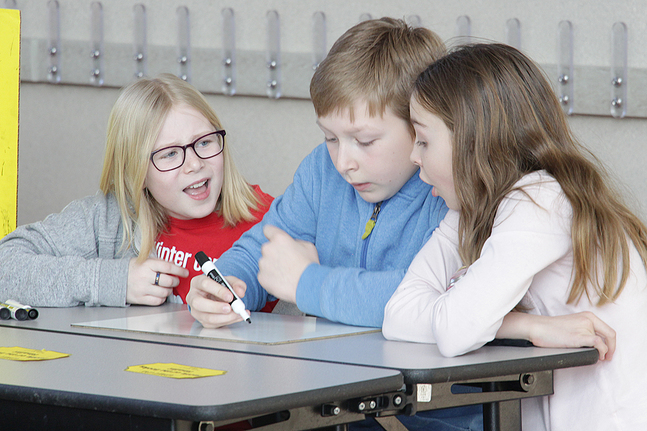 After four days of competition featuring 61 teams and 177 students in grades 4-6, Thomas Depa, Isaiah Depa and Blake Nemec took first place in the DIS Battle of the Books on Thursday, Feb. 13.

“The last few days have been hectic for us because we’ve been reading non-stop,” said Isaiah Depa, a sixth-grader. “I think I’ve read about eight hours in the last three days.”

Nemec, also a sixth-grader, said his main reaction after hearing the final results was relief.

“At the beginning I thought it was going to be really close because everybody was getting the same thing. It ended up being really close too,” he said.
Gifted and Talented Coordinator Heidi O’Donnell, presiding over her first Battle of the Books competition, said the final score was 26 for the winning team, 22 for second-place finishers Harrison Stenback, Alexis Zens and Blake Merritt, and 20 for third-place finishers Emma Ristau, Lydia Holman and Landon Lundquist.

Thomas Depa, a fourth-grader, had been part of the winning team at Delano Elementary last year, and said it felt good to take the top prize again.
“This was a lot bigger than last year,” he said. “This year you compete against more grades.”

“They were really stoic about it, but you could tell inside that they were really excited,” said O’Donnell. “It’s really impressive. You can tell that they really spent a lot of time going through their books and spending the time it would take to get to the top.”

In the Battle of the Books, students have two months to pick a team, read 12 books and prepare for trivia questions derived from the stories. They must also name the author of the book when they answer the question.

“It creates a competition where there is intrinsic motivation as well as just the feeling of success from having read so many books,” said O’Donnell.

The DIS competition had so many teams that there were five preliminary rounds. Two teams  from each preliminary round advanced to the 10-team semifinals, and three then moved on to the finals.

Going into competition, the Depa brothers said they felt confident because they had each read and re-read about five books, while Nemec and specialized in a separate three books so that the whole field was covered.

Some of the group’s favorite books were “Poppy and Rye,” “Stone Fox,” “Joey Pigza” and “The Chicken Doesn’t Skate.”

“Those books were amazingly fun to read,” said Isaiah Depa. “They had vivid descriptions that really allowed me to make mental pictures.”

Nemec said the contest caused him to read several books he might not have ordinarily picked up.

“It was fun just to have something different to read,” he said.

O’Donnell said the contest is a unique opportunity for students to work together as teams in a challenge that doesn’t involve getting a letter grade. Rather, they learn to hold themselves accountable for their team’s performance in the competition.

“The kids were nervous and excited, which is kind of how I felt too,” said O’Donnell. “But by the end of it, it was really neat to see all the work they’d done and all the progress they made, and to see them interacting over books and getting excited about reading.”