'Intense' finish in Battle of the Books 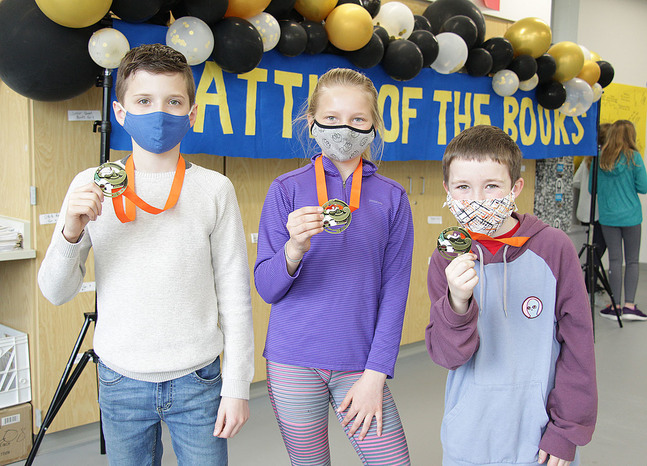 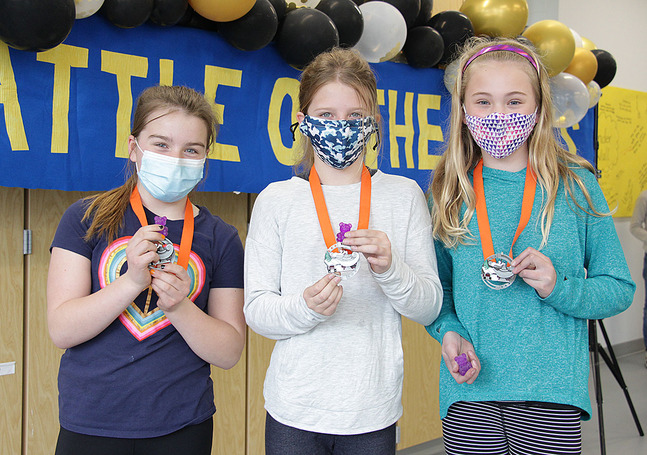 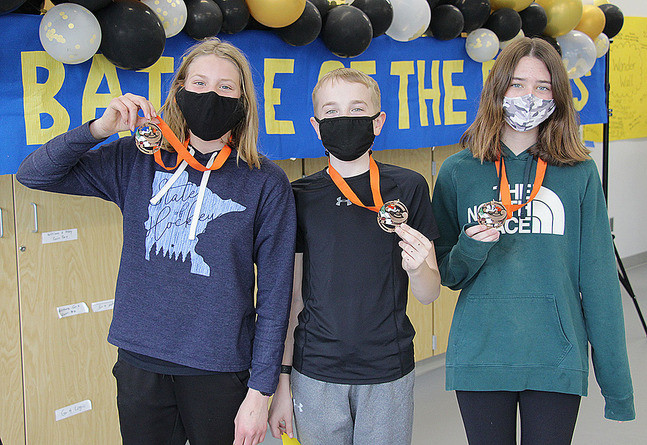 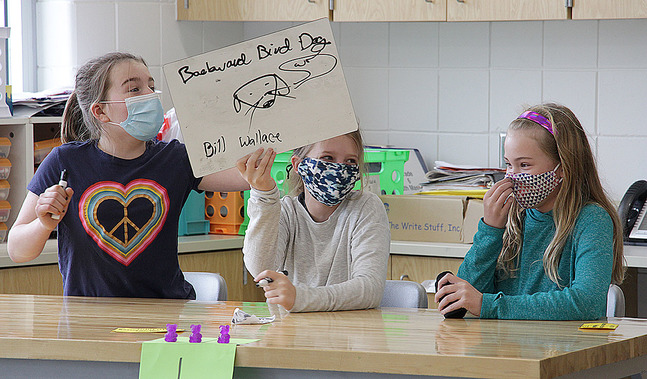 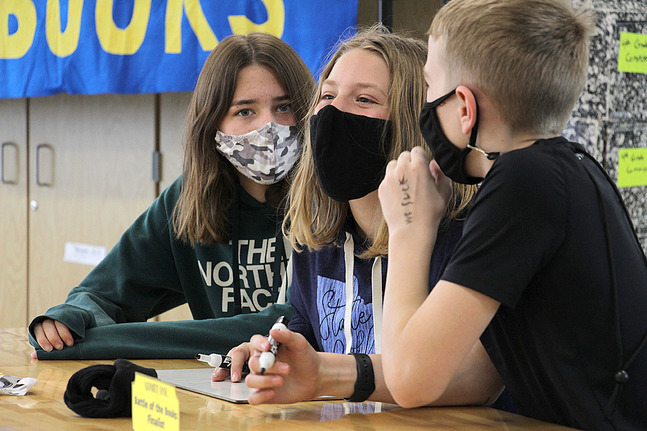 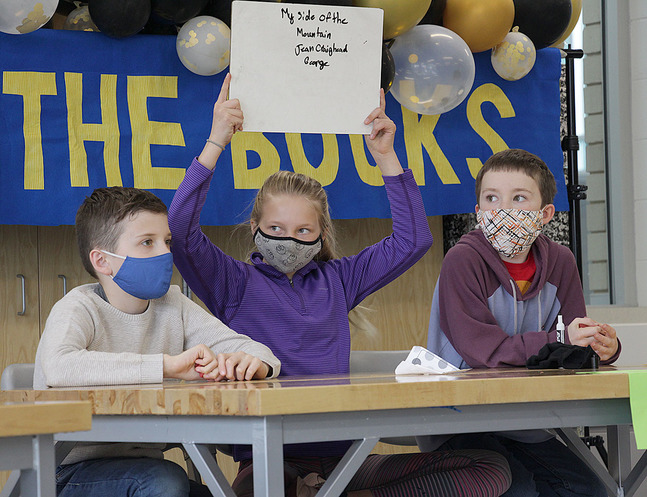 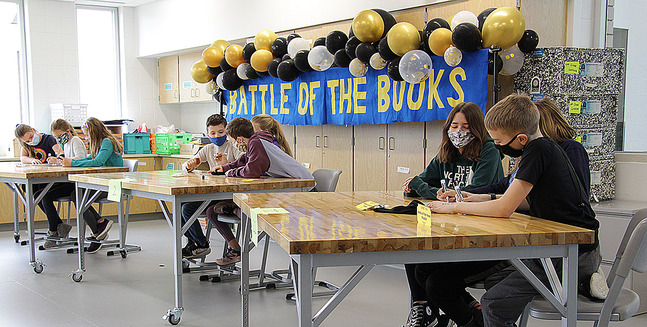 After a seven-week period to read nine books, intense preliminary and semifinal competitions, and 30 minutes of quizzing in the final round, the Battle of the Books competition came down to a three-question tiebreaker on Tuesday, March 23.

The fourth-grade team of Benaiah Gaalswyk, Emilia Bidle and Jacob Werth kept their wits about them and their memories sharp, and earned the title of Session 1 Champions by a one-point margin of victory.

“This room held a lot of tension,” said Werth after receiving his gold medal.

“My legs were shaking. It was very tense,” agreed Bidle.

“This proves it,” said Gaalswyk, holding out a squeezable stress toy that had been reduced to several shredded pieces.

The trio topped a field of 25 teams from grades 4-6 in the annual reading competition. Ten teams advanced to a semifinal round before the three finalists emerged.

“Even in those rounds it was close. It was intense,” said Gifted and Talented Coordinator Heidi O’Donnell, who oversees the event. “We normally take nine teams in the semifinals, but we had one group where even with a tiebreaker we couldn’t break the tie, so we took four groups  instead of three (from each of the three preliminary rounds).”

“I don’t think I’ve ever seen it this close, with all three teams basically within a point or two of each other,” said O’Donnell. “Tiebreakers happen, but to be that close together and having to do a tiebreaker in the final round, it definitely showed us that those were the teams that deserved to be in the top three.”

Preparing for gold
The Battle of the Books competition challenged students to read nine books in a seven-week span starting in early February, then answer questions to demonstrate their knowledge of the contents. This year included a more compressed timeline because there was such interest in participating that a second session, with at least another 25 teams in grades 4-6, has been scheduled. In addition, COVID precautions with the books made them more difficult to check out in large numbers.

“We quizzed each other at recess, or at just random times,” said Werth. “We’d just go over and say one of the books’ names, and the other person would have to respond with the author. And sometimes we would use past questions that came up in the preliminaries.”

Bidle said her favorite book was “The Backwards Bird Dog,” by Bill Wallace.

“I loved the grammar the dog used,” she said. “It was just really funny.”

Werth’s favorite was “Mrs. Frisby and the Rats of Nimh” by Robert C. O’Brien because of the general storyline, and Gaalswyk said he most enjoyed “Rascal,” by Sterling North, or “My Side of the Mountain,” by Jean Craighead George.

“That one was kind of like ‘Hatchet,’ and ‘Hatchet’ is one of my favorite books,” Gaalswyk said.

All three team members agreed that the competition helped them discover genres they might not have picked up otherwise, and that the rivalries with classmates added an element of fun.

“It kind of let us test how much we knew,” said Werth. “It was just fun because we got to compete against other people.”

“I feel really proud of us,” said Bidle. “It was an amazing experience.”