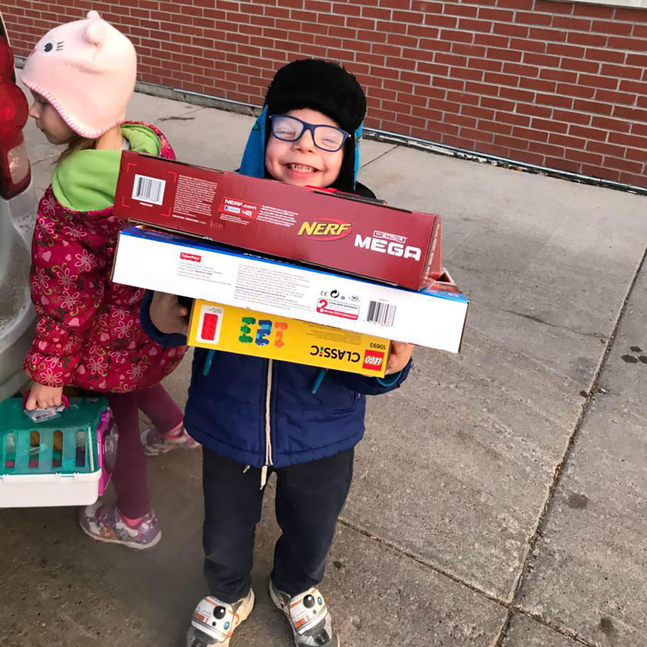 Out of difficult circumstances, a multi-state movement has emerged to share comfort and hope with hospitalized children.

Kimberly Rogers, a fifth-grader at Delano Intermediate School, is bringing that movement to the Delano community through a collection drive for Jessy’s Toy Box from Monday, Jan. 20, through Friday, Feb. 7.

Jessy’s Toy Box is a charitable non-profit that gathers toys, gift cards and other items and delivers them to hospitals for children age 0-18 to help brighten their day. It is named for Jessy Habermen of Wyndmere, North Dakota, who was born with health challenges that required him to undergo 15 surgeries, including two open heart surgeries, before he died at 8 years old in 2018.

Just prior to one of his procedures, at age 4, Jessy was given a toy that helped him endure the treatment. In 2015, with the help of his parents, Jessy began collecting toys for other children and delivering them to hospitals. Over the next three years word of his efforts spread via radio and TV.

Before his final surgery, Jessy asked his parents if he could still do Jessy’s Toy Box if his heart was fixed. Although Jessy did not survive, his parents promised him they would continue his mission to get a toy to each child undergoing a procedure.

Delano connection
Rogers aims to help since her father, Steve, and Jessy’s father were good friends. She remembers Jessy as an energetic youngster who loved nerf guns and had a mischievous streak.

“When he died it was really sad because our family was really close to his,” she said. “He was a really good kid.”

Even before Jessy’s death, Rogers said her family would donate birthday gifts to Jessy’s Toy Box. Now, they hope to add the support of the whole Delano community.

“When Jessy passed away my dad made a promise that he would do whatever he could to keep it going,” said Rogers. “I thought that was a great opportunity for me to help out.”

Donations of new toys or items can be brought to the Delano High School office during the drive, and the Rogers family will then deliver the items to hospitals around the area.

“What I’m hoping to accomplish is that people here will help donate to other kids,” said Rogers. “There are some who know hospitals too well, almost like it’s their second home. This is just to help them calm down. If any of us went to the hospital I’m sure we would be scared too. Getting a gift helps keep them calmer for their procedures, so they don’t get worried about what’s going to happen. That was what happened for Jessie when he was getting an infusion.”

DHS counselor Elise Boleman said that all are encouraged to donate, not just families who have students in school.

“We will be the drop-off site location, but we really hope all community members participate,” she said. “It’s for the community. We figured this would be a good location because people use the Tiger Activity Center and are here for sporting events. There is a lot of traffic, so it’s more visible to people as a community site.”

Boleman said that the idea is to bring toys to local hospitals that might be overlooked by others who donate to higher-profile facilities, and urged donors not to forget about teens.

“I would encourage families to think about what it would be like if their child was going through this. What are some things that their child would like to have during those tough times to make it easier?” she said.

Boleman added that it is inspiring to see Rogers taking the lead on such a big endeavor.