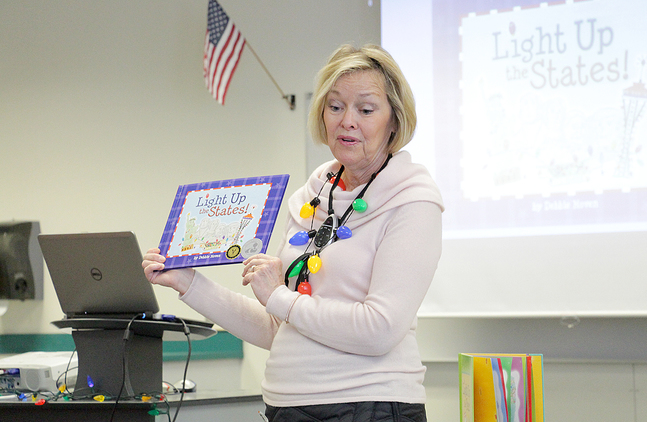 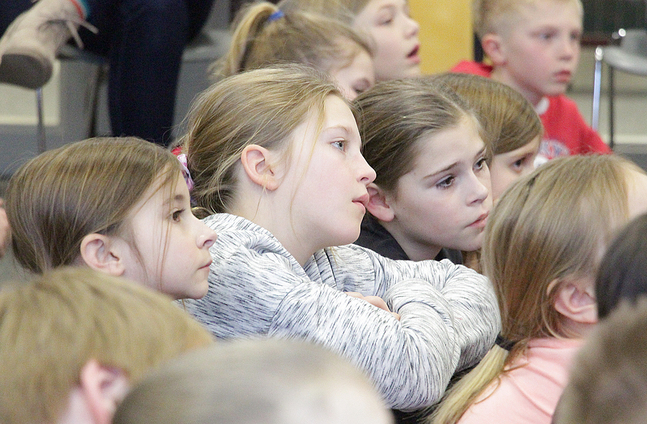 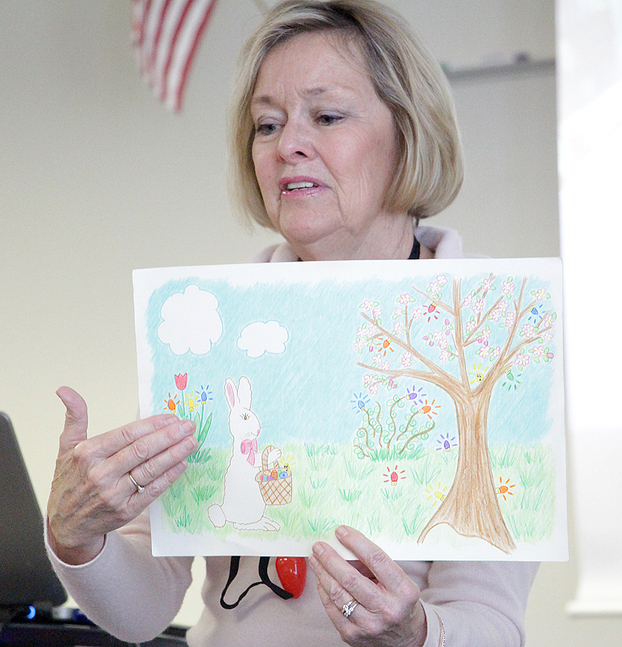 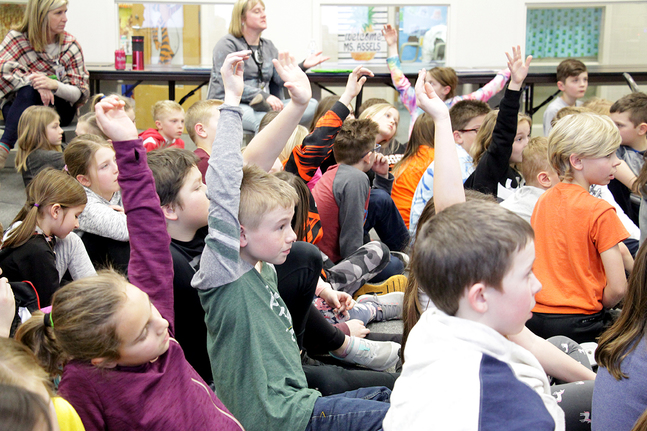 As someone who debuted as a children’s author and illustrator just after her retirement as a teacher, Debbie Hoven had a message for students when she visited Delano Elementary earlier this week.

Hoven, now the author of three children’s books, spoke to students in kindergarten through third grade about her writing and illustrating work on Monday and Tuesday, Feb. 3-4 as part of the school’s “I Love to Read Month” festivities. She also shared a few tips about getting started.

“Kids sometimes think they can’t draw a whole picture, but just start with something small and then you have something build off of,” she told a group of third-graders on Tuesday afternoon.

She added that it helped her to lightly sketch her illustrations with a pencil before adding the finishing touches with colored pencils, markers or paint.

Origins as an author
As a lifelong preschool and elementary teacher in Alexandria, Villard and Glenwood, Hoven said she realized toward the end of her career that she had always challenged her students and others to pursue their dreams and take on challenges, but she had not yet pursued her own wish to become a children’s author.

“As a teacher I always wanted kids to get into art and words and drawing,” she said. “Then I decided that instead of just getting everyone else excited about it I wanted to do it myself.”

She attended a class by Minnesota author and illustrator Nancy Carlson, and was initially intimidated by the high school art instructors and other professionals who were also there. However, she determined that she was going to give writing and illustrating her best shot.

“I felt like a kindergartner drawing, but I could write with words,” she said.

After learning a great deal about various artistic mediums like paints and the proper types of paper to use with each, Hoven’s assignment from the class to create a story focusing on an inanimate object led directly to her first book, “Light Up the Year.”

The idea sprung from a mundane task as she took the Christmas lights down from her garage. She imagined the lightbulbs coming to life and brightening up other events throughout the year, and a publishing company she spoke with was enthusiastic about the unique concept. With built-in lessons for young ones about the months of the year, the book was published in 2014.

An ABC book about Minnesota living, “Norman Loves the Lake,” followed in 2015, and Hoven’s third book, “Light Up the States” about the regions of the United States followed in 2018. That work earned the national Mom’s Choice Award.

Experiences
Hoven shared about the publishing process with students, showing a number of errors made at the press, including book copies with extra pages, or with the pages inserted upside down.

She also encouraged students to look at pictures and use them for models as they work on their own drawings. As examples, her presentation walked students through “Light Up the States” and showing the photos that inspired her illustrations along the way.

“It’s not cheating to have a picture to look at,” she said. “Lots of illustrators keep picture files.”

In the end, she answered a variety of student questions and encouraged their own creativity.

“Keep writing. Keep drawing,” she said. “And save your good quality things in a folder where you can come back to them.”