After 26 years, Shallbetter moving on 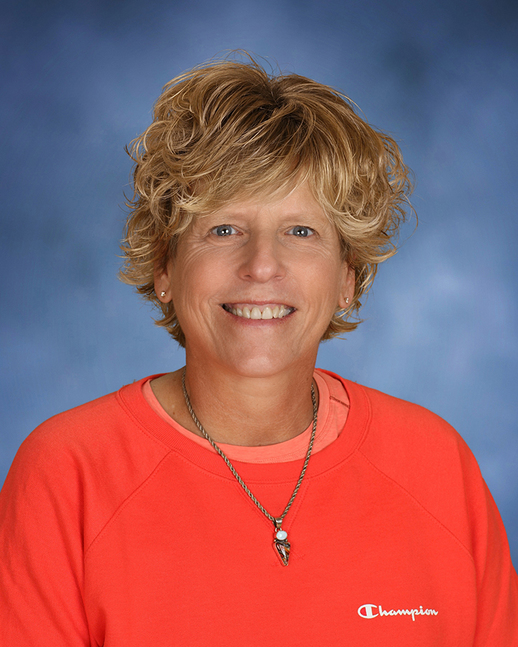 After 26 memorable years at Delano Public Schools, it is hard to picture Karen Shallbetter anywhere else.

But teaching is actually her second career, one that ended this summer when she retired from her longtime post as a fifth-grade instructor.

“When I graduated from high school women kind of had three courses they could take: nursing, journalism or teaching,” said Shallbetter. “Teaching, at that time, was really hard to get into. Journalism, as it turned out, was pretty hard too, but I went the journalism route. I was in journalism for 10 years. After a while I just decided that I would rather be in a classroom and working with kids.”

After jobs producing catalogues and magazines for Fingerhut and a building materials company, Shallbetter took a public relations position with North Memorial Health. She lived in Delano at the time, and as her three children grew she decided to strike out on a different path.

Shallbetter earned her teaching license from Concordia University, and immediately went on to add her master’s degree from Hamline. She then worked for three years in the Delano Middle School media center before taking her first teaching position with the fifth-grade team.

“I didn’t like the whole corporate aspect of where I had been, and I had some really good experiences both at Hamline and Concordia,” said Shallbetter. “When I came here and started working in the media center I loved it. It just worked out perfect; it was the perfect time in my life to change careers.”

Fitting into a family
When she became a teacher, Shallbetter was immediately surrounded by creative, enthusiastic team members who were committed to Delano students.

“Tom Berggren was there, and John Bingea and Sharon Keller. The longevity they had – we were just like a family,” said Shallbetter. “People have said, ‘You’ve been at this job for so long.’ Well, I’ve liked it that long.”

Over time, Shallbetter helped to carry on that legacy of a close-knit grade-level group as younger teachers filtered in. Aside from one year in sixth grade, she spent all of her teaching years at the fifth-grade level.

“Karen is a colleague who is always willing to share her creative classroom ideas,” said fellow teacher Katie Culviner. “When I taught fifth grade for one year, she was constantly checking in with me to make sure I had the materials I needed. She is kind and caring to the people in her life. She puts 100% effort into everything she does, and she will be missed!”

Bridget Hanson, who joined the staff four years ago, and whose classroom has been paired with Shallbetter’s for the past three years, agreed.

“I am so grateful to have the opportunity to team with her and to learn from her,” Hanson said. “She has a wealth of experience and knowledge, and is always sharing with her colleagues. She has such enthusiasm with her students and the things she is teaching – she certainly makes her students excited to learn! I only wish I would have had more years teaching with her!”

Hanson also reflected on the number of long-serving, memorable teachers who have retired at the fifth-grade level in recent years, including Berggren, Bingea, and now Shallbetter and Sue Wallinga (who spent the last three years in fourth grade).

“It’s amazing, the traditions these teachers have established, like the fifth-grade social studies simulation units – Discovery and Homesteading – which [Shallbetter] often had a lead role in,” said Hanson. “She will be greatly missed, and I hear she may even make some guest appearances in those units in the near future.”

Engaging students
In the classroom, Shallbetter loved connecting with her students and capturing their imaginations.

“Karen can make any lesson engaging with her story-telling abilities,” said fellow fifth-grade teacher Erin Olson. “She is very fun to work with and puts so much of her heart into her classroom.”

Reading and sharing books with her students was one of Shallbetter’s favorite aspects of teaching. She also did activities on topics designed to broaden their horizons, like a unit on the national parks system.

“I wanted to let them explore and learn new things, and not necessarily always do it on an electronic device,” she said. “I’m old school.”

Fellow teachers Rebecca Olmscheid and Jessica Benker said in a joint statement that Shallbetter “instills the love of lifelong learning by encouraging students to read a variety of books. Her high level of expectations is evident through the success of her students. Most importantly, Karen will always find creative ways to motivate her students and isn’t afraid to have fun!”

Alongside the camaraderie of her peers, Shallbetter said the enthusiasm of her students was something she will miss the most in retirement.

“When we do something they love, they let you know,” she said. “They’ll say, ‘This is so much fun!’ or ‘This is the best thing ever!’ That’s what makes teaching all worthwhile.”

Shallbetter said other career highlights included the interactive units like Homesteading, Discovery and the study of Native Americans. School-wide events like Olympic challenges, I Love to Read Month competitions and more were also favorite memories. One year, for example, all the classrooms in fifth grade created their own mini golf courses and students toured from classroom to classroom to try each of them out.

“The things where the kids weren’t just sitting in the classroom but they were interacting and learning, that was a lot of fun,” said Shallbetter. “I really liked the camaraderie and the group activities. Field trips and things like the [Long Lake Conservation Center] trip – there were hundreds of activities and things that happened there that were highlights.”

Timing
Colleagues said that Shallbetter has certainly earned a break.

“Karen is an extremely hard worker dedicated to her profession,” said Jacob Olson. “She’s the first to arrive every day and is always on top of things.”

Olmscheid and Benker said Shallbetter was “always willing to collaborate with co-workers and will go above and beyond to help others.”

While her work ethic never flagged, Shallbetter admitted that the job has become more taxing with age. It was important to her and her students that she not to hold on too long.

“It’s been a good ride. It’s time. You never want to overstay your welcome,” she said. “I love teaching. You need to enjoy it because if you don’t the kids know it, and they won’t enjoy themselves either. So I’m going to go out on a good note.”

Looking ahead
Shallbetter will spend the summer caring for her mother and her grandchildren, but she plans to return as the varsity girls swimming coach for the fall season. She has held that position for nine years, and also spent a few years as an assistant with the boys swimming program early in her career. She may return to the classroom on occasion as a substitute as well.

“That will keep me out of trouble,” she said with a laugh. “I’m not quite leaving.”

Still, a more flexible schedule will be a well-earned perk of retirement.

“The biggest thing I’m looking forward to is being able to do what I want, when I want,” Shallbetter said. “That is probably the hardest thing as a teacher: you’re not on your own schedule. It worked perfect when my kids were growing up, but now if I want to leave in February and go somewhere for 10 days, I can.”

While there is much to look forward to, Shallbetter also said she is grateful for the time she spent in the classroom.